In the summer of 1988 a group of concerned Six Mile Lake residents met at the home of Don Trudeau on the west side of Six Mile Lake in Southarm Township. The group met to discuss concerns about garbage and junk that was accumulating around the area, neglect of Echo Township Park, litter and road debris, and general lack of enforcement of zoning ordinances. Out of that group of 35-40 concerned citizens the Six Mile Lake Association was formed.

The first President was Warren (Pete) Frank who served from 1988-89. The second President was Cherie Hogan who organized a Board of Directors, who, in turn, set up the bylaws and formed various committees within the organization. Harold Shirey, Michele Nerone, Dick Webber, Dave Daniels, Scott Shepard, Dick Southby, Gary Batka and Ken Shaner have all served as President of an organization which celebrated it’s 25th birthday in 2013.

For many years the motto of the Six Mile Lake Association was ‘Together We Can Make a Difference’. One of the first projects, led by Gil & Jewel Noirot, was the walleye plantings which took place for ten years.  A shoreline survey was conducted by Tip of the Mitt Watershed Council in October 1992 giving us the first detailed look at water quality in Six Mile Lake. A second survey was conducted seven years later and water quality has been monitored by a Six Mile Lake Association member on a monthly basis using equipment provided by Tip of the Mitt ever since.

In the early to mid-90’s Echo Township Park received a much needed facelift and volunteers from the Six Mile Lake Association, in conjunction with Echo Township and Soil Erosion Officer Efrain Rozalez, did the work. Today, an informational kiosk, built and maintained by members of the Association and dedicated to Gilbert & Jewel Noirot, welcomes visitors to the park.

Other projects of the Association include erection of the osprey platform at the south end of the lake, highway clean-up on M-66 at the Old State Road intersection, Neighborhood Watch program (the first in Antrim County), maintenance of the St. Clair-Six Mile Lake Natural Area, bluebird house building and bluebird trail, Loon Watch program, and for the past few years fundraising to purchase native weevils to help in the fight against invasive Eurasian Milfoil which threatens the health of Six Mile Lake. Additionally, board and committee members attend workshops, township and county meetings, and act as liaisons with other land, animal, and water protection groups.

Update 2013:  The Six Mile Lake Association passed a Special Assessment District (SAD) to fight invasive species that threaten or alter lake quality.  SMLA members came together to finalize a plan to implement a SAD to treat invasive species.  SMLA worked closely with both townships to insure the passage of SAD.

Association meetings are held monthly June through October at the Pleasant Valley Free Methodist Church at the corner of Six Mile Lake and Old State Roads. An annual Golf Outing is held each summer, with the dte TBD.  The Annual Picnic is the second Saturday in August at 5pm at the Echo Township Park and the Chili Supper and Auction is in October at the church. The Association Christmas Party is early December.

At present close to 120 families are members of the Six Mile Lake Association, which remains to this day a vibrant and active organization because of the commitment and hard work of it’s great members and their dedication to the lake they love.

Just An Echo In The Valley 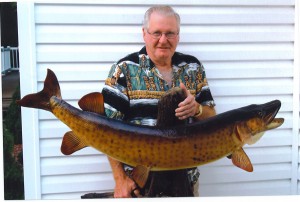